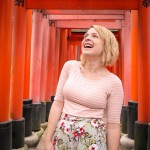 My family used a 3 megapixel digital camera on our first international trip to Europe in 2006.

While that camera did the job, the quality of digital cameras has improved a phenomenal amount since then. I’ve been steadily collecting camera equipment (the only tech gear I splurge on regularly) and have tried and tested many different types of cameras.

I honestly think that there isn’t one camera that is best for travel. Every camera has its pros and cons, and each is made to be used in different situations.

Lately, I’ve been interested in upgrading my equipment so that I can improve the quality of our travel videos and update some of my travel photography camera gear.

I’ve done loads of research on which camera equipment is the best for travel, and have decided to share all my current knowledge of photography gear so that you might get an idea of which equipment is best for your needs! Here’s what we’ll go over:

I’ve been an advocate of DSLRs ever since I bought one in 2012. These cameras can be both heavy and bulky, but they are going to give you the best quality photos.

I have a Canon 600D (T3i) which is now a discontinued model, but if you’re looking for a beginner DSLR then the Canon Rebel SL3 or Canon Rebel T8i are both good choices for beginners.

For something a bit fancier, the Canon 90D is what a lot of pro bloggers and YouTubers use as their primary camera. This camera has a great quality sensor, and the autofocus is apparently much better than previous DSLR models.

Although I’ve always used a Canon, Nikon DSLRs are pretty great, too. I’ve played with a few, and honestly there’s barely a difference in image quality between Canon and Nikon.

Lenses: A kit lens (a lens that comes with the camera body when you buy it) will usually be fine for beginners. I used my kit lens for at least a year or two before upgrading my lenses. If you’re looking for an upgrade, check out my must-have lenses for travel photography.

Mirrorless cameras are fairly recent addition to the camera market, but they are definitely becoming a popular choice for travel photography. I recently purchased a new Canon EOS M range camera!

Mirrorless cameras are smaller, lighter, and sometimes cheaper than DSLRs, and the image quality is pretty damn close. They also keep the option for interchangeable lenses, which is a huge bonus in my opinion. As they are fairly new, many mirrorless cameras will also include the latest tech features such as touch screens and 4K video.

I’ve only had a few opportunities to play with my new mirrorless, but so far I’m loving it – the touch screen focus is absolutely awesome, and Robert says that this camera is way more intuitive to use than my old DSLR. I even did a video test of the camera in low light, and it performed superbly.

There are a few mirrorless cameras on the market that are pretty great for both photography and video. The Canon EOS M50 or EOS M6 or the Olympus OM-D E-M1 II are some good options.

Modern smartphones have come a long way as far as photo and video quality goes. I’ve posted some smartphone photography tips, which details why I think smartphones are actually pretty great for travel photography.

The best ones on the market right now are the iPhone and the Google Pixel. These two options are pretty pricey, so I use the Nexus 5X which takes great photos for a smartphone.

Edit: I eventually upgraded to a Google Pixel, and can confirm that the camera on this phone is much better! Though it’s hard to say whether that is just because the Pixel is a newer phone.

Action cams are all the rage right now. I’d been wanting to buy one for literally ever (ok maybe like, a year) so in the Black Friday sales, Rob and I finally went out and bought the GoPro Hero5 Black.

These tiny cameras are light and easy to carry around, and are best used for capturing videos of yourself doing adventure activities such as skateboarding, skiing, surfing, or ziplining. The photo quality isn’t as great as other cameras due to the lack of photo controls, but I did manage to take a few decent pics on our southern US road trip.

In the few months since we bought the GoPro, we’ve had a lot of fun making videos and posting them on our YouTube channel. The quality of the video is great, and the image stabilisation is better than I expected. The only thing that could be improved (and this is a problem with most video cameras) is the audio quality.

I also did a little research on other action cams, and while there are other GoPro alternatives, I decided to go with the premium brand. I think the GoPro Hero and Session really are the best action cams on the market.

Accessories: GoPro offers a huge range of accessories that will come in super useful depending on what kind of videos you’re taking. A tripod, suction cup mount, chest harness, or floating handle would probably be the most useful.

Tripod: If you often shoot photos or videos in low light situations (indoors or at night), then you might need a tripod. I have the Joby GorillaPod which easily fits in my backpack and the bendy legs can be adjusted to suit almost any situation.

External microphone: As I’m getting more into vlogging, I’m looking into an external mic to improve the audio quality on our videos. I’m looking at the Rode VideoMic Go for my mirrorless camera.

How to get awesome travel videos with your GoPro